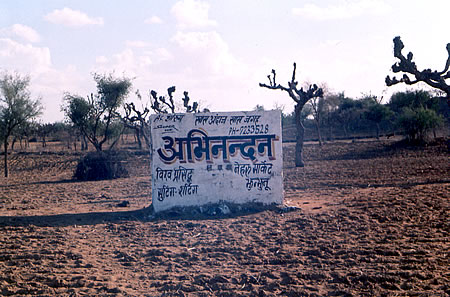 A reflection on translations and synonyms

"For there is only one great adventure and that is inward toward the self, and for that, time nor space nor even deeds matter" - it was this pick-up line of Henry Miller that made me fall for his novel "Tropic of Capricorn" in one single sentence after I returned from my first trip to India.

I had borrowed the German version of Miller's book in the library in my hometown, but thought twice about it in the middle of the second chapter and ordered the English version, which was the right decision. It's not that the German translation was not worthwhile, it's just that the original version is so much more of the real thing, it has a different flow, a different breathing.

Like this sentence for example: "at least I knew that I was unhappy, unwealthy, out of whack and out of step" is what Miller had written, a line that still could be written today, eventually even could be rapped from a stage. What unfortunately can't be said for the germanised line: "ich wusste wenigstens dass ich ungluecklich und arm war und nicht aus der Reihe tanzte." The line rather sounds like a bleak cover version performed by someone who had never been on those ragged roads himself, and translates back into: "at least I knew that I was unhappy and poor and did not step out of the line."

Which isn't exactly what Miller had said. But then just going ahead and doing it the babelfish way, translating a sentence word by word and just leaving the original words when in doubt which synonym to pick is not the most elegant of ways either. And probably it's in fact true what some say, that some things just can't be translated and that you never know which words the author would have chosen himself if he or she had written the text in a different language, especially as every language comes with another set of words, with another world of expressions and intonations. Maybe this fact would have even lead to a completely different story altogether, one that starts at the same point in the same setting but follows another chain of thoughts, another line of images, brought upon by this other set of words. And probably it is exactly this difference in cultures that leads to the effect that texts, when they get translated, also get transformed.

And isn't it a bewildering thought that a huge part of the books that are piled in the bookshops are just that: transformed translations. That they originally had been written in another language, and therefore during the process of translating lost some of their texture, some of their mood, some of their meaning. That they might even have lost something essential, some parts of their personality, some spaces between their lines, some of the wide horizons they unfolded. Some of their identity. Some of their reality. Which basically is what good books are: alternative identities put in words, distant realities wrapped in paper. That is were the attraction of a pile of books comes from, or the joy of walking through a library. It is like standing on the edge of the world, ready to leap into the oceans of other spheres.

Really, there should be another word for that, one that is stronger than "to read". Maybe "to word travel". But there isn't. Even so there are 37 synonyms for "to read" in English, going all the way from a to v: apprehend, comprehend, construe, construe, decipher, dip into, discover, explain, expound, express, flip through, gather, glance, go over, go through, interpret, know, leaf through, learn, make out, paraphrase, perceive, peruse, peruse, pore over, put, refer to, render, restate, scan, see, skim, study, translate, understand, unravel and view.

Maybe there are is another word for "to read" in another languages that has more of that feeling inside, just like there should be another word for the "adventure that is inward toward the self." And maybe in some ways these two thoughts might even be expressed by the very same word.

Some notes on the essay and the image

The photo
I can't remember the place, but it was along the journey through Rajasthan that someone recommenced to read Henry Miller's book. India is a country with 2 official languages (Hindi and English), and 14 official regional languages. There, in the course of an hour, you can have a surprisingly in-depth conversation with an Indian shopkeeper about the German reunion and the history of India, and a bit later, find yourself disoriented and clueless, out of step, and out of whack, in a seemingly alien place.  (In case you are interested in my India adventures, here's more: Masala Moments). It was in that time that I started to think more about the nature of languages and translations, and wrote this short essay that later got published in a place with a name that fits in many ways: Identity Theory.

An additional linkFrom theme, this essay also connects to my first contribution to the language/place carnival, which tells a bit more about my bilingual background and includes a note on reading another translated book: "I still have vivid memories of reading Toni Morrison’s book "Sula" in German, and then in English. It was a different book." - the essay is here: My Mask.
Posted by Dorothee at 3:42 PM

"And isn't it a bewildering thought that a huge part of the books that are piled in the bookshops are just that: transformed translations"

Well, language itself is a form of translation - through it we translate emotions, images, thoughts into words. So a book in its original language is a translation too, and when we read it, another translation occurs. I sometimes wonder how much of a book I'm missing when I'm reading it.

This is the third Henry Miller "Tropic of Capricorn" reference I've encountered in two weeks. That sure is a sign to pick up the book!.

of course I love the photo.. and now i have all the more reading to catch up upon..

Interesting post. By the way, the sign in Hindi, an advertisement, mentions Jhunjhunu, a town north of and not very far from Jaipur. You must have been somewhere around there.

thanks for your feedback and reflections. it's true, language itself is a translation. i am just reading a book about how language influences thinking: "Through the Language Glass - Why the World Looks Different in Other Languages" by Guy Deutscher - will post about it later this week.

the photo - yes, that probably was not far from Jaipur, which i visited. havn't been to Jhunjhunu (but love the name).

Will definitely look up that book by Guy Deutscher, Dorothee.I love all the places this post takes me -- places that are both real and in the realm of words. My husband's currently translating into English a biography of Karl Marx -- so there is layer upon layer of writing to examine (and I get to edit it all): Marx, the biographer, the translator...

By the way, do you know the story of the Young Werther translation which incorrectly translated Klopstock? it was this famous passage:

"Charlotte leaned forward on her arm; her eyes
wandered over the scene; she raised them to the sky, and then turned them upon me; they were moistened with tears; she placed her hand on mine and said, "Klopstock!" at once I remembered the magnificent ode which was in her thoughts:"...

and in this passage "Klopstock" was apparently translated as "Billiards!"

I love that story -- but I must get my hands on that translation! how marvelous, eh? Billiards!

I love the process of thinking about language and meaning... thanks for this post, Dorothee.

Hugely interested in this fascinating reflection on translation, transliteration and paraphrasing. I'm currently reading a history of the english translations and glosses of the Bible and am becoming increasingly interested in how language affects the picture we have of whatever is out there that we call "reality". Its incredible to think that people were willing to die for language and understanding. You raise many issues, particularly in the use of synonyms and their differences, some ever so subtle, others more like bulldozers in their bluntness. I loved the "Which isn't exactly what Miller had said." Can we ever know exactly, even if we repeat the words precisely. Very much enjoyed the reflection on what it is to "read" as well. Lots of challenge and intrigue here.
I hope to revisit some of these thoughts again soon. I'm sure these ideas will influence my writing in the near future, and that generally means a more lasting effect results. I might well comment again as my impression on your article matures. Are we allowed dialogue/polylogue?

Michelle, Martin: glad you enjoyed the essay, and thanks for adding examples for the task of translations, like the biography of Karl Marx, and the history of translations of the bible.

i really can recommend the Guy Deutscher book – there also is a fascinating article by him on the theme in the NY Times, here’s the link: http://www.nytimes.com/2010/08/29/magazine/29language-t.html

and yes, dialogue is definitely welcome!

Nicely thought provoking, as is Parmanu's observation. But, of course, what we like about writers are their ability to make us think we get what they are getting at.

Regarding culture: When I first began learning German, I became obsessed with what the language said about the people (or more appropriately, I suppose, das Volk).

That ver is an indication of wrongness, for example, must mean that Germans find the idea that someone could be in love or make a promise patently absurd (or so the thought).

And a notoriously difficult read, Berlin Alexanderplatz, is only more so in English.

I have read a translation of an old favorite collection of shorts by Robert Aickman called Painted Devils that captures the translation (appropriately enough) hauntingly and beautifully. A case where I could recommend either version without qualification.

Nice to find you here.

I traveled through India in the early months of pregnancy and delivered a child in Nepal, so the "out of whack and out of step" notion resonates well. Never thought to read Henry Miller in India though. Perhaps that wouldhave helped. Love your musings on translation. I struggle a lot not just with translating words and sentences from Nepali to English but trying to translate something of the culture I lived in for a while. But translation challenges are always good ones, I think. I need to come back to read more of your postings on India.

Would love to visit Rajasthan some day.

Nepal – i once had a ticket to go. then the royal family was shot. so i had to change plans – and went to Cambodia, and later India.

and yes, the German ver-indication. i am so used to using it that i didn’t recognize it as such. but it’s part of so many words. interesting about your reads: Döblin’s “Berlin Alexanderplatz” and Aickman.

update:
i now finally blogged about the book on language, "Through the Language Glass" by Guy Deutscher.