the beginning of the web: "vague but exciting"

A surprise guest at the International Book Fair Frankfurt:
in the hall 4.2 with the science and education books, there is: CERN 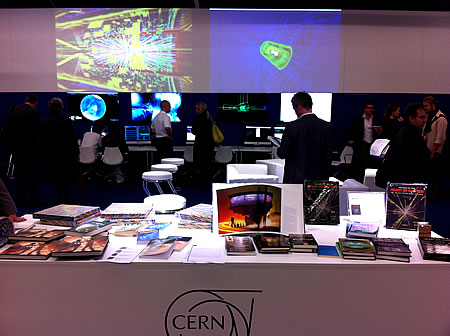 with a desk of current publications,
but that's just the minor part of their presentation

their new "medialab" department created 2 installations:
one is a visualization of the "Higgs Field"
(that's the higgs-version of me, to the right, taking the photo) 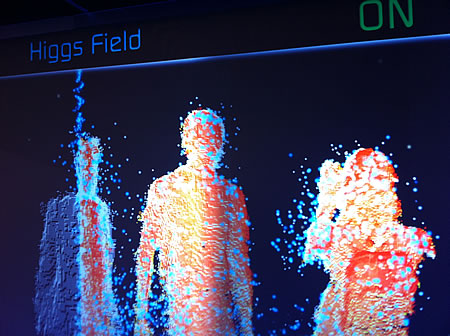 "And we have something else," one of the CERN crew said:
"The first web server of the world, from Tim Berners-Lee”.

it’s the one that i recently saw in the Coursera course about "Internet History and Technology"
by Charles "Chuck" Severance, who had interviewed Berners-Lee, and who also


talked about visiting CERN in the course. 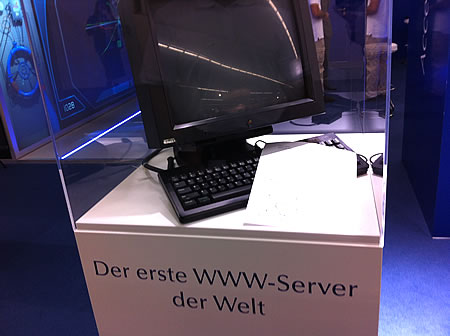 Together with the computer, they had a copy of the original "Information Management" proposal of Tim Berners-Lee. The proposal has a pencilled note on top that says: “vague but exciting” 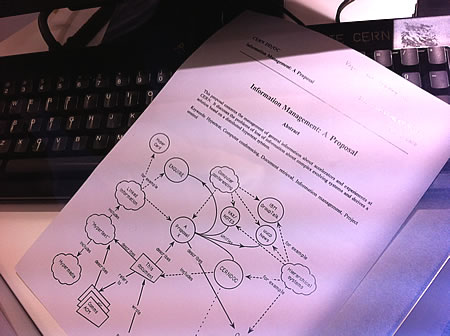 Pretty cool to see this. There even is the term "Hypertext" included in the proposal.
I took a photo with the mobile phone, and posted a first photo with blog-per-email.

and one more photo- i just remembered taking it:
this is from the final lesson of the Internet course,
a wrap-up lesson with reflections and demographics,
including a world map with course participants.
(more in Dr. Chuck's Blog) 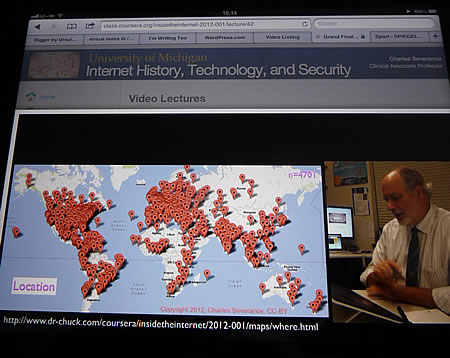 Email ThisBlogThis!Share to TwitterShare to FacebookShare to Pinterest
Labels: coursera, internet, this world

Did you go to the book fair? I so wanted to go. I will have to get it on my calendar for next year. Thanks for the pics.

Yes, i went yesterday, enjoyed it a lot. There also is a book fair in Leipzig in spring, but Frankfurt is more international.