7 countries with the most population – global reading challenge 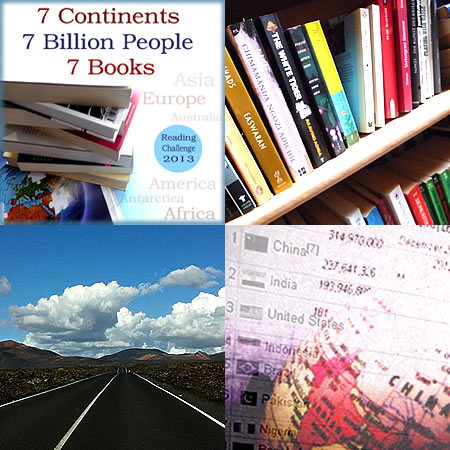 The 7 countries with the most population

Around the globe
For some virtual globe spinning, try this short world video that shows the 25 most populated countries and their location on the globe:

A world in change - 2 global docus

If you are interested, there is a fascinating documentation online, a report of a journey across 3 continents by a journalist who tries to chart the phenomenon of Chinese migration. The docu starts in Africa, moves to America, and to Asia. It inlcudes a lot of encounters with citizens and immigrants, and also shows city and road scenes from the countries. It's also up on youtube:
And here's another docu on the theme of population:

This is SUCH a cool challenge. I'm already signed up for so many, I'm going to have to pass. But at least one of mine also involves books from other countries!

Oops -- I think I'm doing this wrong -- I wasn't reading in order. Just added one book for 'richest' -- Luxembourg (Chris Pavone's The Expats). Are you doing review linkups? I'll try to get back in order now!

hi Audra, no worries about the reading order. there will be some overlaps anyway with countries fitting 2 or more categories. i will gather the first round of link when i put the next global reading blog note for the "highest countries" together, and simply include all books read so far :)

I wasn't very eccentric and read a book from USA, which was already planned for January anyway: A Streetcar Named Desire by Tennessee Williams (http://irrelevant-scribble.blogspot.cz/2013/01/a-streetcar-named-desire-by-tennessee.html) Next categories will be more challenging =)

I started off the challenge on my home turf, the USA. I read Gone Girl by American novelist, Gillian Flynn. My review: http://thetruebookaddict.blogspot.com/2013/03/review-gone-girl-by-gillian-flynn.html

My next book for the highest countries in the world is going to be A Fine Balance by Rohinton Mistry, set in India and written by an author who was born and lived in India until he was in his early 20s.