the big city, or: Paris

in perfect contrast to the lingering island mood, photo friday's new theme is: "The Big City".
which brought back memories of Paris, once again. the first photo is taken at Sacre Coeur, the second is at "Les Halles", the quarter that was once supermodern and now is partly deserted and in reconstruction: 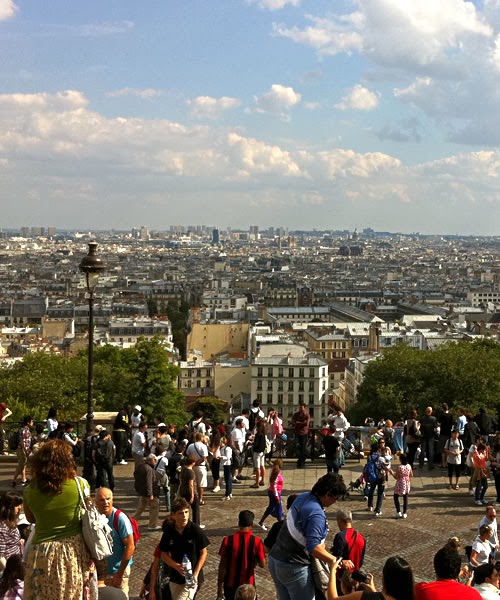 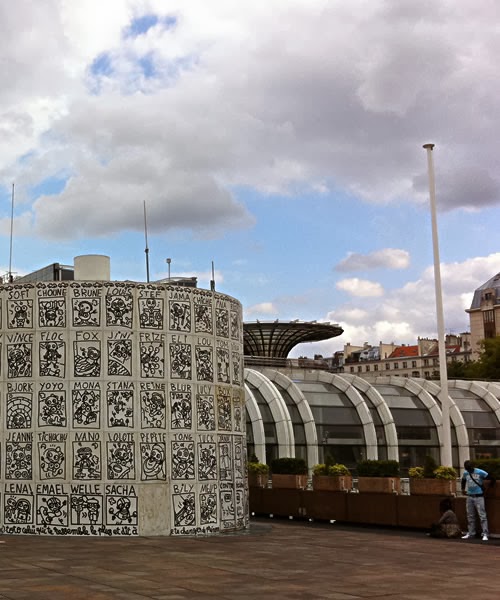 and following the conversation in the comments, here's a third image: "another Invader" - this is close to the stairs of Sacre Coeur. 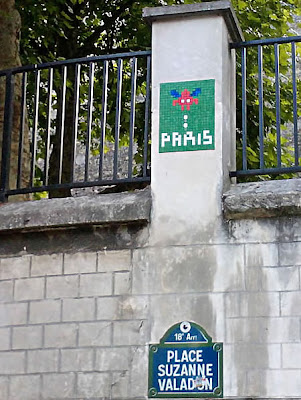 Fun that you picked those two photos. I've been to both places...with you:-)

yes, i remember of course! such good memories. and walking from Les Halles to the metro, we found two of the "alien" street art things, and then kept coming across more. now what was their name.. ah right: Invader