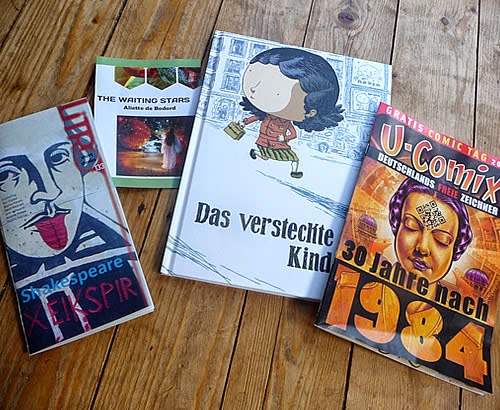 Recent reads... came in shorter bits and pieces that turned out impressive and fascinating. The very short version of it: i am still stunned by Nebula-Award Winner Aliette de Bodard. Didn't know her work until now - so glad I arrived there. Check out her page, the Nebula read is a free download, and her essays on culture and diversity and stereotypes are important, vivid and heartfelt.

And here is the longer reading note:

Litro Magazine "Shakespeare"
Litro Magazine from London celebrated Shakespear's 450th birthday with an own issue. Opened it, thought it probably isn't really for me, then read the introduction - and the essay by Ben Crystal about playing / being Hamlet: "To be or not be..."

For brief excerpts, visit the online version of the issue: Litro Magazine "Shakespeare"

And this is the from the introduction: "But perhaps all this celebrity glamour is blinding us to the real issue: does Shakespeare speak to our minorities? Is Othello all he has to offer for Britain’s new multicultural landscape? Should we pay attention to the celebrities flocking to play his great heroes – or the men and women who take on the smaller roles, who toil behind the scenes to keep Shakespeare’s words alive for today’s audiences?"

1984 - U-Comix
A theme issue of the different kind: the U-Comix collection was a free comic day read. It honors Orwell and his visionary writing - 1984 was 30 years ago, and still it is timely, maybe more than ever. The first comic story of it includes a joke about reading 1984 on a mobile device: Big Brother is watching you read...

I already read one of the novellas recently; "Wakulla Springs" (more here), and now picked the winning novellette to read next: ‘"The Waiting Stars" by Aliette de Bodard. Such a fascinating and different read: woven into it is the theme of culture, with a relation to Vietnam culture. Aliette de Bodard herself lives in France. And the main characters are all: female. It made me think of Readwomen2014 again, especially in relation to SciFi and the heated discussions that developed in this genre and writer associations earlier this year,,, okay, I won't go into all the discussion, for more check out the Kickstarter Project "Women Destroy Science Fiction" by Hugo-Award nominated magazine Lightspeed.

But back to the Stars: here's a quote from the novelette:


There were tales, at the Institution, of what they were. She’d been taken as a child, like all her schoolmates–saved from the squalor and danger among the savages and brought forward into the light of civilisation – ...  Rescued, Matron always said, her entire face transfigured, the bones of her cheeks made sharply visible through the pallor of her skin. Made safe.  ...  Catherine had asked what she was safe from. They all did, in the beginning–all the girls in the Institution, Johanna and Catherine being the most vehement amongst them...

The light of civilisation, and the way it asks minorities to adapt to it. It relates back to Shakespeare again:
To be or not to be. And if to be, then how to be, and how much to let go of ones being.

"Hidden - A Child's Story of the Holocaust"
Following the theme, I read the graphic novel "The Hidden Child" by  Loic Dauvillier, who tells the story of a Jewish family in France, and starts a generation later: "In this gentle, poetic young graphic novel, Dounia, a grandmother, tells her granddaughter the story even her son has never heard: how, as a young Jewish girl in Paris, she was hidden away from the Nazis by a series of neighbors and friends who risked their lives to keep her alive when her parents had been taken to concentration camps."
Here's more, in an NY Times article: Stories of Resistance and Escape.

To imagine to grow up in such circumstances, in a light of a civilisation that turns to darkness. 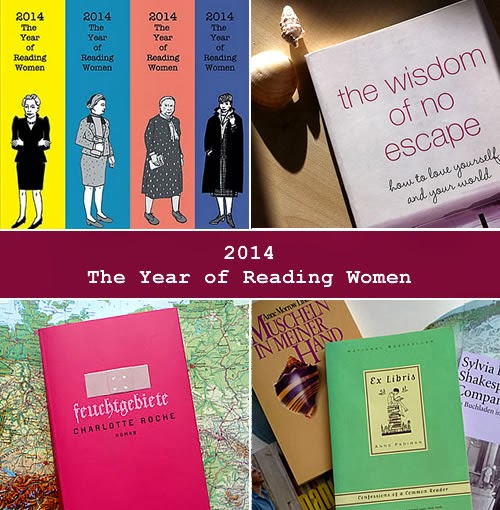 Other book blogs and their current reads: It's Monday! What are you reading? (join by blogging and adding your link)
Posted by Dorothee at 7:10 AM